Woman alone in the pub. Fighting against prejudices about being alone and being a woman. 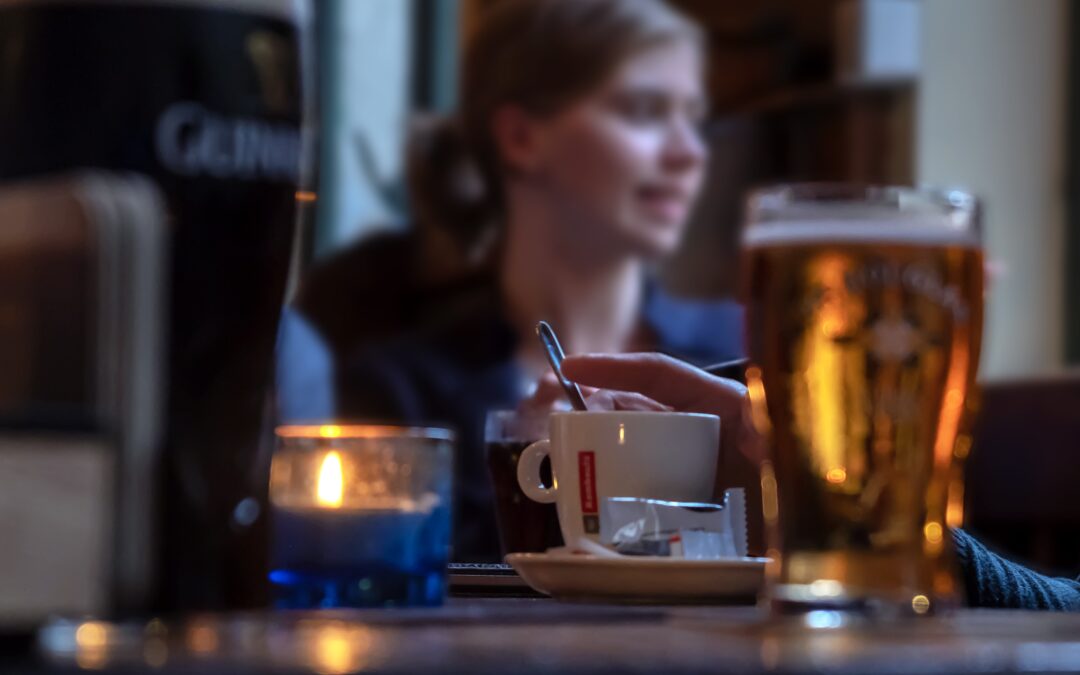 Being alone and being a woman

Listening to the radio feature “Women Alone at the Counter fight against prejudices” in the “Deutschlandfunk Kultur” at the beginning of October 2019, I find myself asking how we as societies we deal with being alone in the public sphere. The focus of the radio feature was on the social attribution we tend to give to women going out alone in the evening. I like going out on my own. “Going out alone” was an issue raised in the interviews for my book on aloneness and loneliness, I got hooked.

Woman alone at the counter

The radio feature tells the story of Maria, 32. She is new to the city. Maria likes to go out alone in the evening. Her motivation and experiences reflect some needs and experiences similar to some of the women and men I interviewed for my book.

Roughly speaking, among my interviewees there were three categories of “going out types”: those who would never go out on their own and only go out in pairs or in small groups. The women and men who – if there is no partner or colleague around – will end up going out alone but will not enjoy it. And finally the lone wolves: those who like to go out alone and enjoy being alone.

Only a minority of interviewees belonged to the last category.

“No one is doing anything alone”

Back to the radio feature of Deutschlandfunk and Maria. Like Maria, many of my interviewees experience going out alone as something which appears to others to be striking, and which is met with skepticism. Being with others conveys a sense of belonging, security, and harmony – and is considered normal. We humans being are ultimately social animals.

Why women and men prefer to go out in pairs or in small groups may simply be due to the human need for connection, exchange and communication. Interviewees emphasized that women see themselves (and are seen) as social animals rather than men. Women would define themselves more strongly vis-à-vis their counterparts. Another reason may be that women often perceive or experience public spaces as insecure: many women know and report unwanted attention and advances and fear sexualized violence.

Fighting against prejudices about being alone and being a woman.

Deliberately going out alone – be it to the pub or  the cinema – is considered abnormal and calls for explanation if not justification. Many of my interviewees associate “going out alone” as expression of loneliness and a lack of social contacts and friendships. The fact that women and men go out alone, because they like being by themselves and can and want to have fun independently of others, seems far-fetched and unimaginable to many. Rather, “going out alone” tends to be seen as very self-centered and hedonistic. And it is noticeable that ” going out alone” has different social connotations for women than for men.

“When men sit alone at counter, that’s nothing special…”.

Men at the counter…nothing special.

Historically, for example, the English pub, a “public house” was originally an exclusive meeting place for men. Men, such as merchants, sailors and workers, dominated and run public life, while women at home took care of the children and the household. Many of us may think of the “man at the counter” or “in the pub” as a commissar or a private investigator. Or of a rejected lover, who is pondering while drinking a beer, or a worker who takes his after-work beer. For women and going out, we might think of TV or film series such as “Sex in the City,” where the female protagonists regularly meet in cocktail bars, talk, make plans, and talk about lovers. In the world of the TV and film making, the woman going alone also seems to be the exception.

“If women do that, then there are questions.”

Women alone at the counter, in a pub or in the bar raises questions like these: “Why is the woman alone?”, “Does she not have a partner?”  or “Does she not have any friends?” Many women interviewed for my book confirm that they are pondering a lot on how others perceive them, especially if they go out on their own – thoughts like “What do others think about me when they see me alone?” are dominant.

“What do others think about me when they see me alone?”

Many of the female interviewees say they often perceive a mixture of ignorance, suspicion, threat, and social rejection in the eyes of others. That the interviewed men do not emphasize this may be because women are usually socialized differently and, tend to be more sensitive to their environment, socially accepted behavior, and possible social sanctions.

“No one is doing anything alone”.

A few days ago, I was in the cinema – not alone.

While entering the well attended cinema hall, I immediately noticed many couples. The latest movie “Sorry we missed you” by Ken Loach was on the program. It is a sharp critique of the privatization and austerity policies of Great Britain. The film drama movingly tells the story of a family struggling to make ends meet. The viewers could witness how the family seems to be more or more torn apart by a vicious circle of poverty, family conflicts, social decline and  ostracism. When leaving the cinema, an elderly lady approached me and mumbled “No one should never watch such sad films alone”. It remained open whether she referred to people in general, women or herself.

And what about you? Tell me, do you like going out alone? If so, what are your experiences – irrespective of your gender identity? Is being alone and going out alone connoted differently in terms of gender?